Pulled pork nachos are a crowd-pleaser! The tangy, acidic bite from the coleslaw and marinated onions packs a nice punch with the pulled pork. Make this for your next party appetizer, or as a Saturday night dinner.

A couple of weeks ago, my friends were giving me a hard time about not knowing what food was considered good for game day. Honestly, from somebody who has watched about three sports games in their life, they are probably right about this one. My kind of sport game is more like Guy’s Grocery Games on Food Network!

In an effort to prove to them that I can be cool and know what sports fans like to eat, these pulled pork nachos were born. They are definitely a slightly elevated version of nachos compared to what you would find at your local stadium. Yet, they are nachos none the less!

I may not know much about sports, but I do know a thing or two about crafting the perfect nacho. While it’s not an exact science, I’d argue that nachos do have to have some important features:

First and foremost, the cheese! You need a cheese that melts well, and you need to make sure you have enough cheese. You want all of your chips to have a bit of cheese on them, because let’s face it, that’s the best part!

It’s also a requirement to make two layers of your chips, cheese, and meat. Trust me, this is how you get an epic mountain of cheesy goodness. Make sure you plan for this and divide your ingredients up among the two layers.

This is a personal opinion, but for me, good nachos have a variety of textures. I love the crunchy chips, combined with the softer marinated slaw and onions. Along with different textures, comes the different taste profiles of the tangy slaw, sharp cheddar cheese, and salty chips.

If you’re going for a lower carb, or healthier option, skip the chips! While yes, nachos typically revolve around the chips (I know, I know), the flavors are still there without the chips. Just combine the pulled pork, cilantro lime slaw, marinated red onions, along with any toppings you want. I like to use some lime juice, Greek yogurt, and half of an avocado.

If you have any leftover veggies or pulled pork, this is also a great way to use those up!

If you are using this recipe as an appetizer, plan on it serving 10-12 people. The pulled pork nachos can serve about 8 people as a main course.

If the nachos have been left out for a while and start getting soggy, you have a couple of options for reheating. You can pop them back in the oven at 425° F for about five minutes, or you can reheat them in an air fryer (same temperature and time as the oven). However, nachos are best served and eaten straight out of the oven!

If the nachos have been left out for a while and start getting soggy, you have a couple of options for reheating. You can pop them back in the oven at 425° F for about five minutes, or you can reheat them in an air fryer (same temperature and time). However, nachos are best served and eaten straight out of the oven!

Did you make this recipe?!


Hey there, I’m Jessica! If food is your passion project, stick around! I teach home chefs the 'how and why' behind recipes. I hope you leave excited and inspired to create your own recipes, showcase new creations to your friends, and build a community of people who live for their next adventure in the kitchen. 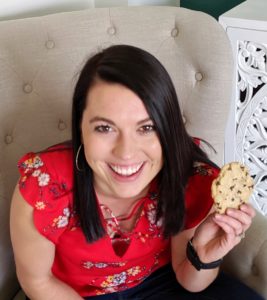 Searching is in progress

Some of the links on this page may be affiliate links. Homebody Eats is a participant in the rewardStyle & Amazon Associates, affiliate advertising programs designed to provide a means for sites to earn advertising fees by linking to products we daily use & trust. If you purchase a product through an affiliate link, your cost will be the same, but Homebody Eats will receive a small commission. As an Amazon Associate I earn from qualifying purchases. All product reviews and opinions are my own.